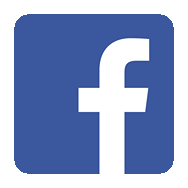 A series of instructions for getting Mapserver quickly running and producing visible output, using the nginx webserver and spawn-fcgi. Guides are available for both Debian and Gentoo system. Visit mapserver.org for full Mapserver-specific documentation.

The Raspberry Pi Foundation announced on 2014 July 14 the release of Model B+, featuring more GPIO and USB connectors, while retaining the same price as Model B. For those developing new RPi uses, the "better hotplug and overcurrent behaviour" and "reduced power consumption" will help greatly during testing.

Raspberry Pi (RPi) software can be compiled on a more powerful computer, but how long does it take for large projects to compiled directly on the RPi itself? Recently a RPi was set to compile and install some upgrades, an experiment to see how quickly a RPi can perform with Gentoo installed. The results are in for a standard Model B.

A series of instructions for secure, remote access of a Microsoft Windows computer. All software is free, open-source, well know and widely used. The original VNC software is used for transmitting the graphical user interface and user input devices. The connection itself is secured with OpenSSH on the server, and via PuTTY or Plink on Microsoft Windows clients, with OpenSSH for Linux clients.
» see guides »